This is a game of tradition and honor. Integrity is paramount for any player who takes the golf course, both to themselves, to those around them, and the course itself. At The Peninsula on the Indian River Bay, those tenants are vigorously upheld because this is one of the finest courses in the country.

While acknowledging that the etiquette of golf is an important trait of every responsible player, it goes hand-in-hand with knowing, and understanding, the basic rules of the sport as well to ensure both fairness of play and honest reflection of one’s ability.

Golf, like most old games, has pages and pages in its rulebook dating back hundreds of years. Some are outdated and infrequently encountered, while others are simply so vague or misunderstood that they almost never factor into a round for most amateur players.

However, there are a stable of rules that are existent in every single round of golf and you must know and enforce them in each outing to properly respect the game and your fellow players. Here are the most basic golf rules you need to know so you can most enjoy playing at The Peninsula on the Indian River Bay!

Clubs in the Bag

Perhaps this is not an issue that will ever arise in a round you play, or even it could be a rule you and your partners don’t particularly care about, but it is still an official rule that should be followed as closely as possible.

A player is allowed to carry 14 clubs in his or her bag during a competitive round and no duplicate clubs or there is a stroke penalty for every hole you play. Most amateur golfers don’t even have beyond 14 clubs, so it is infrequently enforced in casual play.

Every hole begins with an official tee box, usually a spacious area of short grass in which players are allowed to place their ball on a tee before taking a stroke. This is the only area of the course in which you are permitted to “tee up” your ball.

Beyond that, there are two tee markers for every specified distance on the golf course, one on each side that players must hit from between and within two club lengths in front or behind. Generally, a two-stroke penalty is given for an illegally placed tee shot.

Essentially, every player on the golf course plays with a nearly identical ball. There are several different companies which make golf balls, but are still common enough that two players (or more) in a group could have the same ball.

It is therefore important that each player “marks” his or her ball with some kind of identifying symbol to keep track of which ball belongs to each golfer. Playing a ball which isn’t yours is a two-stroke penalty, which can be extremely detrimental to a hole and round.

This is one of the few areas of the golf course in which a player is afforded some level of relief and freedom. However, it can be easy to abuse that freedom without knowing what is and isn’t permitted. A player may mark and remove their ball once it has fully come to a rest on the green, this is generally to clean the ball of grass and mud and then line up the ensuing putt. A golfer must place the ball back in exactly the same spot as it was.

You may fix any divots or pitchmarks left behind on the putting surface by yourself or other players, but none in the line of your putt, or a playing partner’s putt, before completing the hole. It is common courtesy to repair the green of any marks you see after completing the hole so that groups behind you don’t have to deal with the same issues. 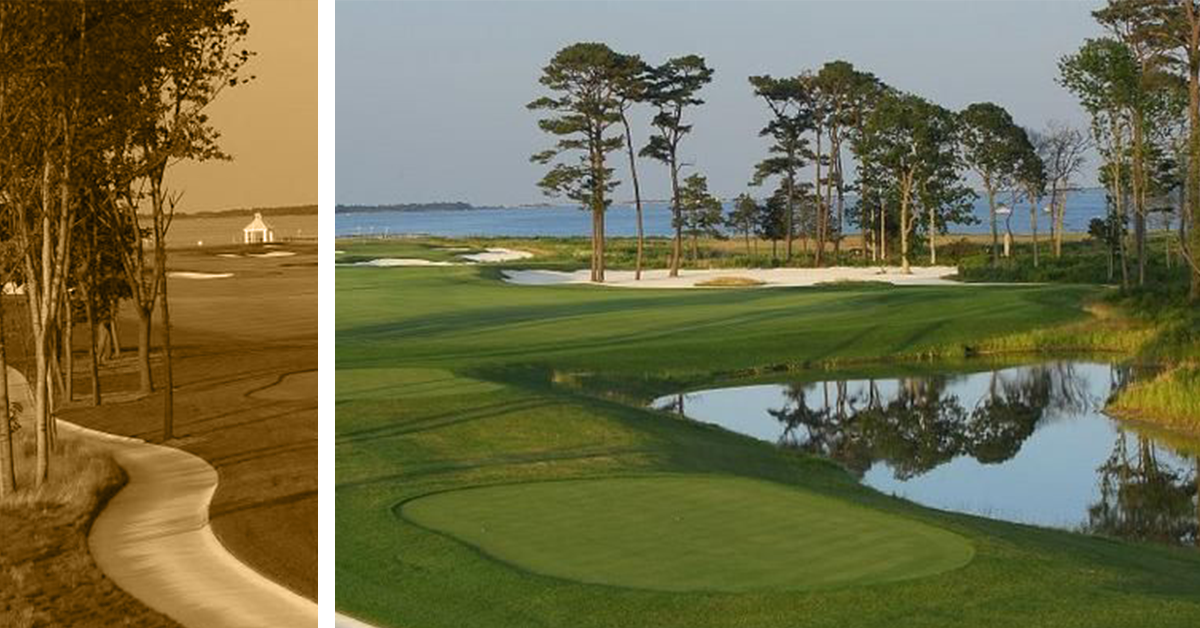 Play It As It Lies

One of the frequently heard recitations from the golf rulebook is “play it as it lies,” meaning that a player must take his stroke exactly as the ball came to rest from the previous shot. You can’t pick up the ball and clean it or place it elsewhere.

There are some exceptions afforded to you in which you’re allowed to change the lie of the ball such as a “loose impediments” like leaves or “obstructions” like drainage vents and sprinkler heads. A golfer is given “relief”, which means they can drop the ball within one club length, no nearer the hole.

There are certain situations on the golf course where a player deems their lie to be unplayable, most commonly when it comes to rest near man-made obstructions such as poles, stakes, and in professional tournaments, TV towers and equipment.

For casual golfers, unplayable lies are fairly infrequent as the course is clear of such things that might appear during a professional tournament. If the lie is unplayable, the player must drop a ball behind the unplayable lie as far back as they want or within two club lengths to either side.

All golf courses have designated areas that are considered “out of bounds.” These areas are generally marked off with white stakes or painted red lines to clearly communicate that a ball hit beyond them is out of bounds.

This rule can seem very particular at times, but is a core rule to the basics of the game. A ball strike must be made with the head of the club and can’t be a spoon, scrape, flick or any other unnatural motion. Yes, this includes the old “foot wedge.”

Again, any illegal strike of the ball is given a two-stroke penalty.

The most important rule both for the integrity of the sport, and a true reflection of your ability, is scoring your round accurately and honestly. Make sure you count every stroke it takes you to finish the hole and write the final stroke count on the scorecard for that hole.

You’re doing yourself no service by lying about how well you played each hole and the round overall. In competitive tournaments, players are required to trade scorecards for review, sign the cards and submit them. Be sure to double check each other’s math so the total stroke count is accurate!

Play at The Peninsula on the Indian River Bay Today!

The Peninsula on the Indian River Bay is the best golf course in the state of Delaware, and one of the finest courses in the country. When playing at such a prestigious golf club, you’ll want to be sure you know the most common rules in golf because you’ll make an excellent playing partner. Don’t break the etiquette of golf because you don’t know!

Come play the 72-par Jack Nicklaus designed course or purchase a home and play the exceptional golf course every day if you choose. Either way, contact Insight Homes today!